The Mirror Thief Gets a BIG Update! 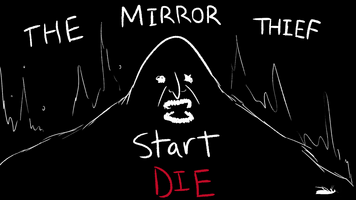 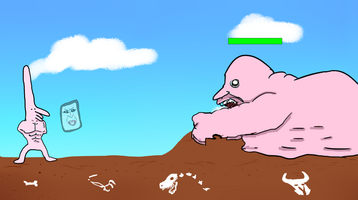 The Mirror Thief just received a BIG update, including some changes that nobody could have seen coming!

- The Game is now winnable! Previously, there was no way to avoid the "Game Over" screen. However, as of this update, hitting the enemy 100 times (A task which becomes quickly more achieveable as the game progresses) will show you a Victory Screen which only the best of the best have laid their eyes on.

- Health Bar! A stylish color-changing healthbar has replaced the original score counter, as a byproduct of  the game now being winnable.

- Shameless plug on the menu screen! You can now click the small dead roach in the bottom right corner of the menu to open deadroach.itch.io quickly and easily.

- The song now stops on the victory and game over screens, so that you can more easily hear the audio present! The sounds that were originally in place were drowned out by the music originally, so I went ahead and fixed that lil issue!

- New game icon! Previously the default gamemaker: studio logo, the icon has been changed to the game's iconic mirror.

- Minor graphical changes! You likely won't even notice them!

Get The Mirror Thief

Help Zinchio give FATTY a taste of his own medicine!